I have seen Game of Thrones right to the last season and was fascinated by most of the locations shot. It was predominantly shot in Northern Ireland initially, and later in Iceland, Malta, Croatia and few countries. After realising Northern Ireland has most of scenic locations decided to kick off my next trip to Belfast, Ireland. I planned the trip for 5 days to keep sufficient time to cover most places. Apart from Game of Thrones, there are many more pretty locations along Antrim coastline, Ballintoy harbour, Bushmills drive like the Carrick-a-Rede rope bridge, Giants Causaway which is the 8th wonder of world. Not to forget Titanic Belfast, where the most famous shipwreck was born. There is so much of nature, beaches, castles and museums to see in Northern Ireland. So why not make your next trip to Northern Ireland and make it a memorable one, which is what I did and it turned out to be a trip to remember. Irish beauty is more in Northern Ireland than the Dublin side. Let me walk you through the beauty of Ireland and make you plan it well.

Tips before flying to Northern Ireland

Giants Causaway – Most beautiful location of Northern Ireland and no wonder why its also the 8th wonder of the world. The volcanic landscape stretching along the coastline with naturally formed polygonal rock columns is Ireland’s most visited location. I spent almost half a day here, amazed by the sheer beauty of the formations, mother nature has shaped this place wonderfully. Its along Antrim coastline and a world heritage site protected by UNESCO. The 40,000 rocks left by volcanic eruptions millions of years ago is quite unique in its own way. I never felt like leaving the place as it was the best sunset that day and standing at this wonder made me feel so grateful to live in this world and see such places. 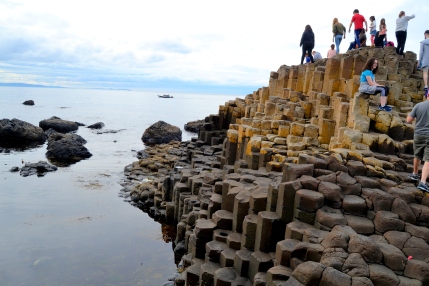 Carrick-a-Rede Rope Bridge – Yet another famous bridge to take an walk, it was a shaky and creepy cross to the next side. I had an adventurous walk 20 metres across the bridge which links the tiny island of Carrickarede. The walk over the bridge is quite short but views are amazing. The walk to the bridge is very scenic and you ll get some great profile pictures. Crossing the bridge, the island was even beautiful and I got some stunning photos to take. Don’t look down if you’re scared of heights and make a quick jog across and the bridge, probably not for the faint hearted.

Dark Hedges – It is one of prime location where Game of Throne season 7 film scenes at the Dark Hedges, a stunning tunnel of wavy trees and most photographed natural phenomena in Northern Ireland. I felt I was on a dreamland and a fairy tale spot for photography. Especially after Game of Throne shooting, its popular attraction for tourists from across the world. Its also been painted by hundreds of visiting artists and is a favourite location for wedding photographs. The Dark Hedges has been included in a list of the 12 best road trips in the UK and Ireland. More than words few pictures below will justify the dream which I witnessed.

Cushendun Caves and Larrybane – Cushendun cave is the beautiful area which appeared in Game of Thrones season two as a cove in the Stormlands, the memorable scene saw Melisandre give birth to the shadow creature. The caves are easily accessible by foot along the coast from the village, takes you to a place full of dark and terrors. You can recreate the scene in this cave, or simply admire the sea view where cliff meets the ocean. Then I stopped by Larrybane site of King Renly’s Camp the spot in North Antrim coast by Carrickarede bridge, where the show first introduced behemoth Brienne through her fight with Loras Tyrell. Episodes in seasons 2,3 and 5 were shot here.

Carnlough and Ballintoy harbour – Carnlough is the picturesque small harbour, but it’s the stony staircase leading down to the sea were the steps Ayra crawled up after being stabbed by the troublesome Waif in season six. Ballintoy harbour is just a stone’s throw from Giants Causaway. Theon was baptised in front of his sister Yara and was also the location of the Iron Island where Theon arrived to seek the alliance with Balon in season two.

Titanic Belfast – All about Titanic ship and its full history, the building contains a fantastic series of interactive displays on industrial heritage – as well as, of course, the history of Titanic herself from inception right up to finding the wreck. You cant miss out Titanic museum. The stunning design of the venue is meant to remind you of two ships being built side-by-side.

Foods to try out in Ireland

Going to Ireland is never complete without a trip up north to Northern Ireland. This place is magical and there is tons of amazing things to do for such a small area. Signing off with some beautiful photos. 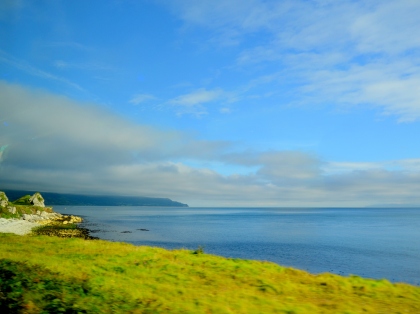 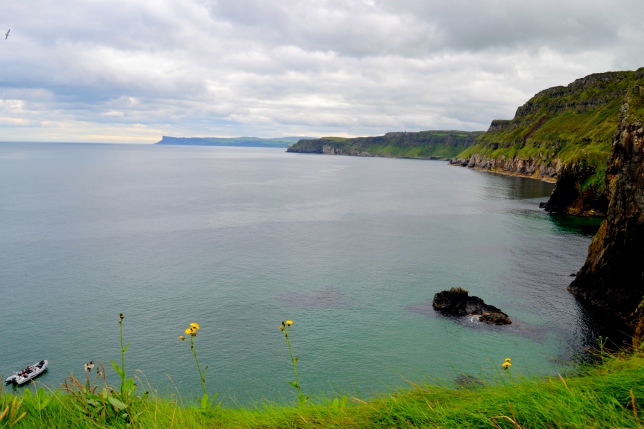